So the majority of the NIMH packs have given up the ghost. May they rest in peace.

After much hemming and hawing, decided to replace them with Lithium Iron Phosphate (LFP) in a 12s1p configuration of Headway 40152S Cells. 15Ah x 36v. Not quite as energy dense as polymer, but wont catch on fire if you look at it sideways.

36v is a lower voltage than the stock pack, but for our needs we want capacity, not voltage. Even with worn out stock pack, for anything longer than an hour, anything higher than gear 3/37% PW was not ‘comfortable’.

call it $400 USD all up in parts. took a few months to get the chassis sorted out, likely 3 spools worth of parts in the bin that didn’t turn out, another $60? 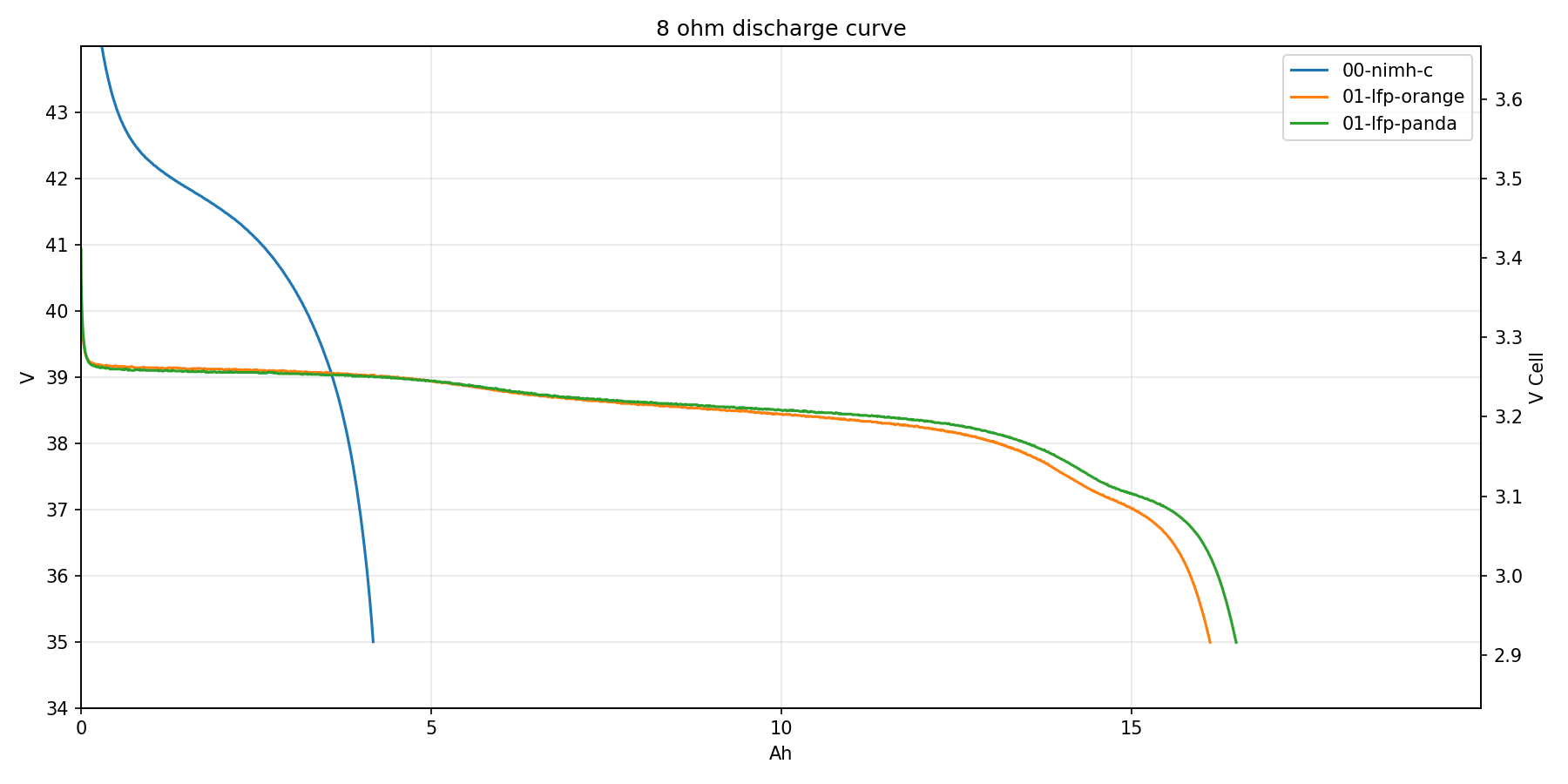 As a hexagonal arrangement of batteries barely clear the original mounting ring, the pack is held in by the front of the motor assembly.

The original design had all-thread running from the main pack assembly, to a small rear ‘push plate’. This proved to add slightly too much weight to the rear of the scooter, and was replaced by a lighter weight printed part.

The nose also required excessive amounts of trim, as the pack itself was lighter by about a pound vs the oem nimh. The central chassis were reprinted to allow addition of 1/2” pipe around the 3/8” all thread. this additional ballast was added to the 5 o’clock position to counteract the prop torque. 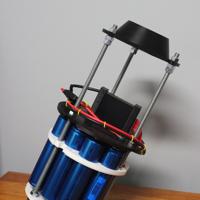 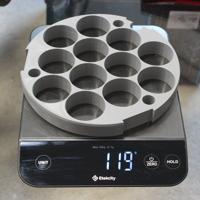